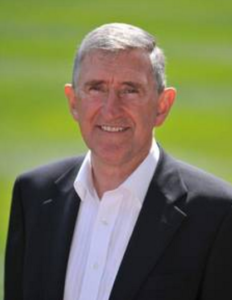 Liam Griffin is MD of the Griffin Group, a business he runs with his two sons. He has spent all his life in the tourism and hospitality business, since being involved in his family’s guesthouse in Rosslare from an early age. He spent time abroad working in the hospitality trade and he also worked for a period on his return to Ireland with Bord Failte.

While tourism is in his blood hurling has been his passion. He is also known as the last man to manage Wexford to an All-Ireland Senior Hurling Title in 1996. His 5 Star Monart Destination Spa, in Enniscorthy, opened in 2005 and was recently voted as the second best spa in the world, that is some achievement for Liam and his team and speaks volumes for the ethos he adopts to his business: “provide the best in class products with unbeatable service standards.”

Liam is the Industry Champion for Tourism for the South East APJ and we asked him to give us his thoughts on his involvement so far.

Why did you get involved?

I had seen the decimation of rural Ireland and GAA clubs in particular, brought about by the recession. Kids that I had coached at a young age were leaving for Australia and elsewhere, so it was a huge issue and it affected a lot of families. When I was asked to be involved I thought straight away that I would because I was very conscious of the issues involved. With this being called the ‘Action Plan for Jobs’, anything that could create jobs in the region would be pushing an open door for me.

What do you think is the key challenge?

We’ve never been united before as a region in the South East. There is a disconnect between a lot of the counties. To start with Kilkenny, Wexford and Carlow are in Leinster and Tipperary and Waterford are in Munster and that creates its own sense of division. Also the land connection between Wexford and Waterford is a single narrow bridge in New Ross. I think with Waterford being the regional capital and a lot of the regional centres and authorities going there, you even had a sense that certain parts of the region were marginalised by regionalisation. And we are used to competing with each other through our hurling rivalries. There’s always been a sense of the region being disconnected. So the key challenge is uniting a region that hasn’t always acted together or felt united.

Have there been any achievements so far?

The coming together of the county councils around the Greenway project is a good force that can maximise the strength of the region. We have found common ground rather than competing ground around a project that can do so much for the region. If you think of all of the benefits that a linked Greenway/Blueway route will bring in terms of counteracting rural decimation, connecting the entire country, and creating jobs in rural areas. Before we might have looked at these Greenway projects parochially, and we might have even competed against each other regarding them, but now we are working towards a plan and we are connected. And I think all the regional stakeholders will see the benefit of that. 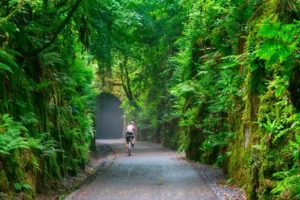 It could do wonders in terms of tourism. And it also will attract a better type of tourism and a more sustainable tourism. The tourism product it will create will be very difficult to replicate anywhere in the world, when you think that we could link from Rosslare to Donegal. And it’s in our hands to do so given the amount of land that is in state ownership. We have great weather in the region in comparison to other regions in the country and that is a selling point as well. It has huge potential. And it can create jobs in non high-tech sectors as well which is important to do. So it’s very exciting and there are so many opportunities that can spring up around it.

What can we learn from the approach taken to the Greenway/Blueway project?

If we can think collaboratively across all of the actions in the plan we will be in a strong position. We can leave our competition to the sports field and come together when it comes to job creation. The Greenway/Blueway projects have been a great starting point to unite the region and we need to carry that across the entire action plan now.

Finally, as Industry Champion for Tourism, are you concerned about Brexit?

There will obviously be both opportunities and challenges with Brexit but it is still early days. You’d be hoping the UK might still row back on it. The exchange rate will be vital because we actually received a huge benefit from the devaluation of the euro around the time of the recession because it made it cheaper to travel here. But in terms of what we need to do ourselves, it’s really building quality tourism products like we are with the Greenway so that we can attract a better quality tourism into the region and also from markets other than the UK. If we can do that we can protect ourselves from whatever happens with Brexit.